Punjabi music has made its place in the hearts of people all around the world. More often than not the music videos become the talk of the town. Ignoring the guns and gangster part, we bring to you Top 10 Punjabi videos which are Heart Piercing. Not only the songs are melodious and meaningful but the video is so warm that often our eyes are moist after watching them.

15 Punjabi movies you can watch for free!

1)      Swaah Ban ke – Top on the list is the song from the national award-winning movie Punjab 1984. The song sung by Diljit Dosanjh and written by Raj Ranjodh was picturized on families who lost their dear ones post the dark period of 1984. No matter how many times you watch this song, each time it is equally heart wrenching as their loss is irreplaceable.

2)      Qismat – Released in 2017, Ammy Virk’s Qismat is another song that has one of the most beautiful videos ever.  The video that was directed by Arvindr Khaira took the song to another level altogether. The concept behind the song and the act of Sargun and Ammy made us love it even more.

3)      Baapu – This one song by Amrinder Gill will surely touch your heart. The story of a son’s realization of his father’s sacrifice is something that will surely pierce your heart. The video doesn’t have any star or a known face but somehow you will connect with it and it will leave teary-eyed.

4)      Mittar Pyare Nu : We all have heard this shabad my many artistes but the one by Gurdas Maan is special because of its video. Directed by Gurickk Maan, the picturization of it is beyond our thinking and bewitching.

5)      Soch – Hardy Sandhu’s Soch is another song where the video was loved as much as the song. Winsome concept and exquisite aesthetics made this video very special for the Punjabi audience. Sung by Hardy Sandhu the video was given by Virsa arts and is one of the most loved till date.

6)      Heartless– Badshah has given us all sorts of songs, but who knew a song like heartless would have a beautiful concept in its video. At first, the song seems to be a love song but the love story behind it is quite beautiful and pure. Credits to the director Gurickk Maan for thinking out of the box yet another time.

7)      Mere kol- Released in 2015, Prabh Gill’s Mere Kol is one of his bests songs to date. Other than his melodious voice and beautiful lyrics the song was appreciated for its video too. The video that features the singer himself is quite a heart breaking for the ones who have witnessed something like this before.

8)      Vich Pardesan– Who would have ever thought that Neeru Bajwa would be featuring in a music video with Jassie Gill, nothing but a beautiful song like Vich Pardesan made it happen. The song which released under the album Replay by Jassie Gill was another hit number by him. But more than the song the audience has been talking about the video which was not only unique but something that brought tears to our eyes. Yet again Virsa Arts gave a winsome video with this song.

9)      Khaab – Akhil’s Khaab has been revamped by Bollywood makers. But no one can forget the original masterpiece by the singer. The soulful singing with the well-conceptualized video is something that each Punjabi loved. Watch it again and it will leave a ting of happiness in your heart all over again.

10)   Haaye Ve– Ammy Virk’s Haaye Ve is another song that has a beautifully conceptualized video. The video by Navjit Bhuttar deserves credits why the song went so popular amongst the audiences.

6 Movies which helped in restoring faith in Punjabi Cinema.

Well, that’s our top 10 Punjabi music videos list, if it didn’t have your favorite music video, feel free to DM on our Instagram handle @kiddaan and someone from our team would surely get back to you. 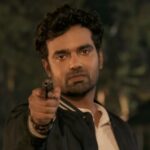