You might have heard the news of a Bollywood Biopic being made on the life of an Amritsar-based Engineer, Jaswant Singh Gill. He is known around the world for his heroic efforts that saved the lives of 65 people! What is the whole story behind the braveheart’s efforts to save those people?

Born on 22 November, 1937, Jaswant Singh Gill was a resident of Sathiala, Amritsar, Punjab. He studied at the famous Khalsa College, Amritsar and graduated from there in 1959. On 23 November, 1989, 220 miners at a coal mine in Raniganj at West Bengal, were doing their everyday job of breaking coal walls by triggering blasts, but the day was about to get much more dangerous ahead!

While breaking walls, unfortunately, the workers blasted off a wall of an underground water table as well. All the water flushed inside and a bunch of workers were sucked into it. Many people were able to come out, 8 men died on the spot while there were about 65 people who were still stuck inside the flooded coal mine.

Jaswant Singh Gill was the additional chief mining engineer at the mine. When he came to know about the unfortunate event that had just taken place and that 65 people’s lives were at risk, the braveheart, with no second thought, decided to go down the borewell and rescue the stuck miners all by himself. Not only was this against the wish of the senior authorities present there, it also put Jaswant Gill’s own life at high risk.

However, Jaswant Singh planned a whole rescue operation on the spot. Initially, attempts were made to pump the water out but all in vain. The food and water needs of the workers stuck inside were also taken proper care of. At last, a capsule was fabricated on a crane that allowed all the ones stuck to be raised one by one and rescued. During the whole course of the rescue operation, Jaswant Singh Gill was in the pit himself rescuing the workers. He only came out after everyone was rescued and it took a six-hour-long process to do so.

Here is a real video of the rescue operation:

The incident made Jaswant Singh Gill a national hero. He was awarded the “Sarvottam Jeevan Raksha Padak” by the then President Of India, Ramaswamy Venkataraman, in 1991. A chowk on the Majitha Road in Punjab was also named after him. The story of Jaswant Singh is so influential that Bollywood has decided to make a biopic on it. The film doesn’t have a release date as of now but we can soon expect the legendary story in front of our eyes in a wonderful cinematic experience. 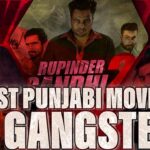 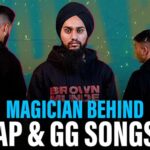