Punjabi singers know all the tricks to impress and entertain a maximum of the masses. And when it comes to Gippy Grewal, he is the man who is one of the biggest celebrities in the Punjabi Entertainment Industry. He serves amazing movies and songs to his fans.

And after a long gap of time, Gippy Grewal is finally coming up with his new single track. He has been very busy with shooting and promotion of movies; hence, he got a bit off from his musical track. Though he sang songs for movies, it’s really after a while that he is coming with a single.

Gippy took it to his Instagram account where he shared a picture with a diva and announced the release of his upcoming single track. The song is titled ‘Mutiyare Ni’ and will be released soon.

But do you know who the lady sitting beside Gippy Grewal in this picture is? If not, you’ll get to know all that you need here.

She is Olya Kryvenda, a Ukrainian model who is soon going to feature in Gippy Grewal’s Mutiyare Ni. And if you are a fan of Punjabi songs, you must have seen her in the music videos of a couple of songs like Midnight Calls by Harman Hundal & Fashion Di Definition by Deep Jandu and Dr. Zeus.

The model has decorated her gram feed with aesthetic pictures from her various photoshoots. She is surely going to impress more people as soon as Grewal’s Mutiyare Ni is released.

She probably has some other Punjabi projects in her basket, but concrete information can only be revealed with official announcements. 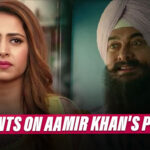 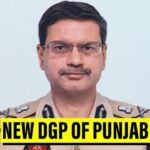