It is a really very tough time for the entertainment industries all over the world. Because of this pandemic, there are multiple releases on hold, shooting on a pause and makers in a really big loss. Talking about the Punjabi Film Industry, it has been revived a few years back only, but now the efforts and growth seem to have vanished. Not only the filmmakers are sitting idle but the artists are workless and the crew members are also unemployed right now. This sounds easy, but we can not even dream of something like this happening to us. Because you might get surprised to know, but there are more than 150 crores rupees on the edge of being wasted.

It’s been months, the theatres are shut, due to which many films are not even released as per their announced release dates. There are multiple big films which were supposed to be released by now, like;

Celebs who have films besides Back to Back Flops!

It is being said that theatres would reopen by August-September and these movies will release one after another. But this doesn’t assure whether people will watch movies in theatres or not. This is about the movies which are already completed, but worst is the situation of films which were being shot before lockdown happened and also the films which are yet to start shooting. Shooting post lockdown would not be easy because there would be different norms that will be there to follow. And also, it is expected that the scenes of shooting any film would not be the same for years now.

We really hope this global pandemic ends soon because it is causing a really huge loss of life and employment to people all over the globe. 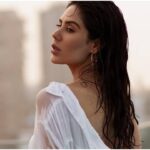 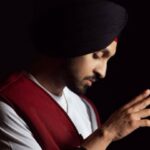