They stood by each other in their ups and lows. However, there was a time when the two were not talking due to some personal reasons. After a few years of their heated argument, Super Star Salman Khan said he and SRK can never be friends again.

Also Read: ‘Will Not Forgive Him Until…’: Lawrence Bishnoi Speaks About His Community’s Desire To Kill Salman Khan

Furthermore, their ego clashed while they were at Katrina Kaif’s (Salman’s ex-girlfriend) birthday party on July 16 2008. While sitting in an interview, Salman was asked about his old friend and if he ever misses him.

To answer her question, he said, “Shah Rukh meri girlfriend nhi thi… apni purani girlfriend ko miss nhi karta, Shah Rukh ko kyun karunga? ( “Shah Rukh was not my girlfriend… I do not miss my ex-girlfriends for that matter, why would I miss him?”)

Adding more, he said, “Shah Rukh and I do not talk anymore. We had a misunderstanding and parted ways…. There is no chance of Shah Rukh and me ( Salman) coming together in future.”

Although today, everything between the two stars is sorted and they have got together once again. Salman Khan will be seen making a special appearance in Bollywood Badshah starrer Pathan. And on the other side, SRK will also play a cameo role in Salman’s Tiger 3 which also stars Katrina Kaif.

They both are also in talks with Aditya Chopra, to feature together in a yet-untitled film which is set to go on floors in 2023. 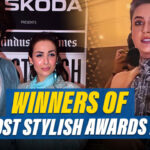