Bollywood’s Gangubai; Alia Bhatt is more than excited for the release of her upcoming movie Brahmastra. The much talked about fantasy adventure film Brahmastra will star Ranbir Kapoor and Alia Bhatt in the leading roles. Apart from these two, Brahmastra also stars other amazing actors like Amitabh Bachchan, Nagarjuna Akkineni, Mouni Roy, Dimple Kapadia and more in pivotal roles.

But Alia Bhatt unintentionally invited serious trouble for her film ahead of its release. Yes, Brahmastra has landed in trouble as #BoycottBrahmastra is now trending on Twitter and other social media platforms. And a statement recently given by Alia Bhatt is the main reason behind this.

Recently in an interview with Bollywood Hungama, Alia Bhatt talked about nepotism and stated, “I can’t keep defending myself verbally. And if you don’t like me, don’t watch me. I can’t help it.”

People are taking it to Twitter to express their views and react to Alia’s recent statement. Some feel Alia has shown her real and mean side, while others feel she is another version of Kareena Kapoor. Have a look at some of the most viral tweets supporting the Boycott of Brahmastra.

Also Read: ‘It’s My Fault’: Akshay Kumar Takes Responsibility For His Back To Back Flop Films

Alia Bhatt has not yet reacted or responded to this Boycott trend for her upcoming movie Brahmastra. Moreover, Brahmastra is directed by Ayan Mukherji and is set to witness a theatrical release on 9 September. 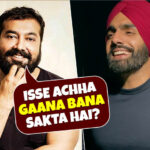