Prem Dhillon’s Instagram story read “I’m being humble rn but eventually everyone gotta pay for what they did”. Considering that the story comes days after the release of ‘Fuck Em All’, the fans have no choice other than to think that it is a probable reply to the diss by Sidhu Moosewala and Sunny Malton.

We all know the song ‘Boot Cut’ paved the way for Prem in the industry and it was released on Sidhu Moosewala’s official Youtube Channel. Sidhu is often seen helping talented youngsters in finding a place in the industry with their art. “Ik Mera Hi Bnaya Kehnda Hit Aa Main Geet’aan Wich” was a line from Fuck Em All that fans found to be targeted towards Prem.

“Faide Fude Laike Unfollow Kar Jaande Ne”, was another line that made the fans believe Sidhu was dissing Prem. Last year, Prem Dhillon had unfollowed Sidhu Moosewala on Instagram. Days later, he announced a track – All Aces – with Byg Byrd. We all know Sidhu and Byrd are not on good terms and Prem doing a track with Byrd raised questions among the fans.

ALSO READ | Wait! Sidhu Moosewala And Prem Dhillon Might Not Actually Be In A Controversy!

Prem Dhillon later squashed all the beef rumours by singing Sidhu Moosewala’s verse from their track ‘Old Skool’ on a live show. But now, Fuck Em All has again made fans curious if things are actually right between the two artists. 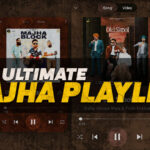 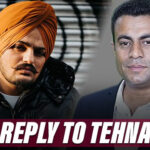