This is definitely going to be heartbreaking news for all the Guddiyan Patole fans. The much loved on-screen pair of the movie, Guddiyan Patolle, Sonam Bajwa, and Gurman Bhullar were all set for their second film together, Rang. But as per reports, Rang has been shelved already. Source didn’t disclose the detailed reasons, but only said it happened due to some internal disputes.

Sonam and Gurnam were last seen together in Vijay Kumar Arora’s “Guddiyan Patole. Not only was the film a massive hit but this pair was loved by movie lovers and everyone wanted to see more of them. But as for now, the film is said to vanish.

The shelving of such an exciting film which made fans eagerly waiting is really not so good news. But all we have to do right now is wait and see if he makes it possible again to cast both the stars or any of them will get replaced!

Btw, Gurnam once sent an embarrassing text to Sonam Bajwa. Are you aware of this? Know the story here: 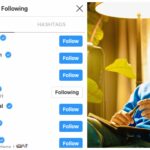 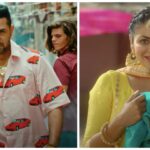