It looks like Kareena Kapoor Khan has dominated the headlines in July. She was first in news after the rumors of her third pregnancy were viral. She then released an official statement clearing the rumors, and once again became the talk of the town.

But now, Kareena surely is not in news for a good reason or rumor. This time, she is being brutally trolled and the netizens are roasting the actress really bad. Actually a picture of Kareena Kapoor Khan sleeping during the screening of her upcoming movie Laal Singh Chaddha has gone viral.

In the picture, one can also spot Aamir Khan who is seen emotional, while Kareena who is sitting besides his is captured enjoying a good nap.

This picture has gone viral on Twitter and caught the attention of netizens. While some called the upcoming movie Laal Singh Chaddha too boring, others slammed Kareena for not paying enough attention in her own film’s screening.

Not only Kareena, but Aamir Khan and the upcoming Bollywood movie was also trolled.

Moreover, moving ahead to the upcoming movie Laal Singh Chaddha, it is the official remake of 1994 Hollywood movie ‘Forrest Gump’. It was based on Winston Groom’s novel with the same name that was released in 1986.

It stars Aamir Khan and Kareena Kapoor Khan in the lead roles, and Mona Singh & Naga Chaitanya in pivotal roles. Set to release on 11 August 2022, it has been directed by Advait Chandan and is written by Atul Kulkarni. 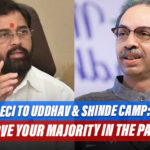