Actors often drastically change their appearance for movie roles, often transforming into a completely different person for each film they appear in. One among them is Punjabi superstar Neeru Bajwa. She is one of the Punjabi stars who never takes fitness for granted. She every now and then has been known to give fitness goals with her gym videos, selfies, bhangra workout clips, and much more.

But what the actress recently unveiled will definitely grab your attention. Neeru who was seen in the movie Paani Ch Madhaani feels it is a very special movie. She had to struggle a lot for this movie. And the reason behind is that it’s her first movie after the delivery.

In one of the interviews, she revealed that a week after her delivery she got a call from Santosh, she could not deny it and said that she gained a lot of baby weight. And this will create problems during shoots. But Santosh and director Vijay Kumar Arora motivated her and believed in her.

Obviously it’s never easy to lose weight especially after a delivery. However one has to remain consistent and determined and it’s inevitable that you will lose the extra weight. And the same mantra was followed by Neeru and within four months, she got back into shape and no one could believe that she had just delivered a baby.

ALSO READ | Neeru Bajwa Was Pregnant In Real Life During THIS Movie!

Hence, her dedication and motivation from her teammates resulted in her success. Additionally, The queen of Bollywood has proved that ‘Talents win games, but teamwork wins championships.’ 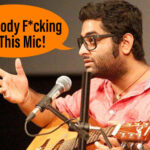