Sidhu Moosewala’s fans were waiting for news to come out about the release of any pre-recorded song that he had done before his death. On Wednesday, famous Bollywood music director, composer and singer Salim Merchant has announced a new song “Jaandi Vaar ” with Sidhu Moosewala to be released on September 2nd.

Salim Merchant posted a video on Instagram saying that a new posthumous song of Sidhu Moosewala “Jaandi Vaar” is going to be released on September 2nd this year. The song also features Afsana Khan. Sidhu, Salim and Afsana recorded this song in July 2021 in Chandigarh. Salim revealed this emotional and heart touching track to be tribute to Sidhu Moosewala. He also announced to give a part of the total revenue this song collects to Sidhu’s family and parents.

In the video Salim said, “Hi Everyone, many people question me about the release of the song I have recorded with Sidhu Moosewala. So it’s time, we recorded the track in July 2021 in Chandigarh. I met Afsana Khan who introduced me to Sidhu Moosewala. I felt immense happiness after witnessing Sidhu’s passion towards his art, his songs, his people & his community. His thought process also mesmerised me, so within no time we decided to work together.”

Salim further added, “The recording of this song took place at my friend Sachin Ahuja’s studio in Chandigarh. We have recorded a very emotional, heart touching & heartfelt song. Sidhu has sung this song with all his heart and Afsana Khan also sung beautifully in the track. Sidhu is not among us but his voice and thoughts are alive in this song, so we are releasing this track as tribute to Sidhu Moosewala & his worldwide fans, who love to listen to his song.”

Also Read: Sidhu Moosewala’s Finished & Unfinished Projects He Left Behind For Us

Through the video Salim announced to give a part of the song’s total revenue to Sidhu’s parents. He said, “To honor Sidhu, we have also decided to give one part of the total revenue that this song yields to his parents. The title of the song is JAANDI VAAR, and is releasing on September 2nd. And you can also buy a portion of audio rights by buying it on Kalakaar.io from August 31st. Jaandi Vaar by Sidhu Moosewala and Afsana Khan releases on 2nd September on all platforms.”

Afsana Khan also shared this video on her Instagram post and story. This news has surely delighted the fans of Sidhu Moosewala. Sidhu’s fans will get to listen to another posthumous track by their favorite artist which will be quite an emotional experience for them. Sidhu’s fans are spamming the comments section of the video posted by Salim Merchant.

We all are waiting for September 2nd for Sidhu Moosewala’s new song ‘Jaandi Vaar’ to be released. 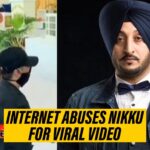 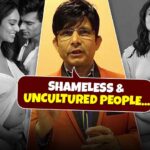