Simiran Kaur Dhadli has been the talk of the town since the past few weeks because of her controversial song ‘Lahu Di Awaaz‘ in which she addressed and commented on the women who expose their bodies on the social media just for the sake of fame. The release of the song resulted in the disappointment of many people and this is why she got her Instagram I’d down after it had many reports from the mass.

Later, she made another official account and informed her fans about the same by sharing a story. She said that she had already made an appeal for her account recovery but was unsure of being successful. Now, recently, all of a sudden we saw a post and a story on the account which got down almost a month back. None had any hope of getting it recovered as it had mass reports made to the account.

Simiran surprised her fans by posting the official teaser of her upcoming song, ‘Baatan Puadh Kiyaan‘ and mentioning her strong comeback after a few weeks on the old Instagram account of hers. This got people excited and forced to welcome and congratulate her for her strong return. Also, she shared a story mentioning her song as a reference to her strength and powerful comeback. She mentioned, ‘Kehnde ohi aagya jihnu “Peterbilt Thor24 Tralla” kehnde ne’.

Fans and supporters of the artist have gone crazy and went all their heart out to welcome her back on the platform. Simiran has an exciting song lined up to be released as of now. Its name is ‘Baatan Puadh Kiyaan’, whose teaser is out on YouTube and the song will be released anytime. Puadh is the fourth pillar of Punjab after Majha, Malwa and Doaba & very few people are aware of this. This entire idea of generating a song from ‘Puadh’ is to have our eyes upon once it gets released. 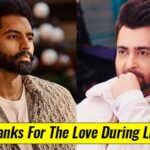 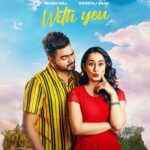