Punjabi movie Sohreyan Da Pind Aa Gaya is the film everyone was waiting for. It stars hit pair Gurnam Bhullar and Sargun Mehta in the leading roles, while actors like Jass Grewal and Jasmin Bajwa as second leads. It is directed by Ksshitij Chaudhary and written by Amberdeep Singh. We have watched the film and here is the detailed Sohreyan Da Pind Aa Gaya review for you.

In this film review, we have included no spoilers so that the level of entertainment you are going to experience in the cinema halls isn’t affected. We have loved Sohreyan Da Pind Aa Gaya for various reasons, and have penned down every detail about the film here in this review.

The story of Sohreyan Da Pind Aa Gaya is based on the sweet love story of Raja (Gurnam Bhullar) and Rupi (Sargun Mehta) which turns salty in some time. Raja and Rupi wish to get married to each other and are scared to directly talk about the same to their parents. Though Gurnam manages to convince his parents and talk to Rupi’s parents as well. But before this could happen, Rupi agrees to get married to another man (Jass Bajwa) , misunderstanding him as Raja. Rupi’s fiancé also turns out to be Raja’s cousin’s brother which invites more trouble on the way of their relationship.

This misunderstanding soon transforms into a major clash between Raja and Rupi which makes the film a hilarious roller coaster ride. The film’s story is simply a sweet but revengeful love story which will ensure to entertain you to the fullest.

We are beginning the analysis of the acting and performances of the artists in this Sohreyan Da Pind Aa Gaya review with the leads. Gurnam Bhullar and Sargun Mehta were phenomenal in their characters and won our hearts effortlessly. We have seen their lovely chemistry in Surkhi Bindi, and we are glad this pair finally came back on screen.

On the other hand, Jass Bajwa needs appreciation for being very convincing in the limited screen space. His character was pivotal but not given much space in the film. The same is the case with Jasmin Bajwa as well. She was the second lead in the film and we performed her part well.

Apart from these actors in leads and pivotal roles, we have a special mention for Mintu Kapa and Hardeep Gill. These two actors played supporting roles in the film, but they shine really well on the silver screens. We could not afford to miss any scene where Mintu was there and set to deliver dialogue. Hardeep Gill; a man who got limited sequences to act in, put in all the efforts to win the show.

And it’s not a usual scene when the casting of any film turns out to be so perfect that every character on-screen looks real and supernatural. We highly appreciate the casting of Sohreyan Da Pind Aa Gaya as from the leads, to every supporting minor character, everyone was a perfect fit.

We need to put our hats down to talk about the story, screenplay and dialogues of Sohreyan Da Pind Aa Gaya. (The film personally felt so engaging that I can’t resist calling it a perfect entertainer. It’s after a really long time that I didn’t use my phone while watching the film even once).

Though the film is a hilarious project that keeps you chirpy through, some of the dialogues were so outstanding and had the superpower to make the crowd laugh out really loud. Also, the film’s screenplay was so on-point that it loses its grip at almost no point in the film. You won’t feel bored, or have the urge to fast-forward it even for a few seconds. Hence Amberdeep Singh has once again proved to be the master of writing yet once again.

After story, acting and dialogues; Sohreyan Da Pind Aa Gaya Review is now heading to the direction and editing of the film. It is directed by Ksshitij Chaudhary and edited by Bharat S Rawat. And both of these men deserve to be appreciated.

Kshhitij has managed to give the right direction to every character, scene and story like a pro. And, Bharat S Rawat is the man who has worked hard to make this film a super-entertaining treat to watch. It is his hard work that makes Sohreyan Da Pind Aa Gaya so crispy and the perfect length.

The graph of Sohreyan Da Pind Aa Gaya’s music has marks from average to excellent. Some of the songs like Jaan Waar Da and Saheli impressed us and added charm to the overall feel of the film.

While Jaan Waar Da is a mushy romantic track, we call Saheli a modern-age break song. Another song that was a blissful treat to the ears was a sad song in the voice of Gurnam Bhullar. This man has acted well, sung well and even penned the beautiful lyrics for this film, hence it won’t be wrong if we call him the all-rounder of this film?

And talking about the Background score by Gurcharan Singh gave us super-strong vibes of the score of Ranveer Singh & Anushka Sharma’s Bollywood movie Band Baaja Baaraat. Even then, it contributed well to making the film peppy.

After all the hype, Sphreyan Da Pind Aa Gaya is released and succeeded in impressing us. But we have rated the film a four-star out of 5. The only reason behind the deduction of one star is the weak climax and ending of the film. Watching Sohreyan Da Pind Aa Gaya was like having amazing starters followed by the finger-licking main course, but non-so satisfying dessert.

We cannot reveal the climax and conclusion of the film, hence all we can say is we expected it to be better and the makers could also have tried experimenting in the specific part.

Overall, we are concluding Sohreyan Da Pind Aa Gaya review with a very positive and happy heart. We are more than excited to watch the film once again, which means it definitely is a must-watch for everyone. It is a project which we can call a true entertainer, light on mind and a bundle of joy.

By every means, Sohreyan Da Pind had turned out to be a solid entertainer for us. We have absolutely loved Sargun and Gurnam’s movie and we hope this Sohreyan Da Pind Aa Gaya review has convinced you to watch the film as well. 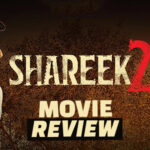