Balwinder Singh Jattana is viewed as a ‘Sikh Liberation Hero’ by the Sikh Community. He played a key role in protesting against the building of the SYL. SYL refers to Satluj-Yamuna-Link Canal which is an under-construction 214 kilometer long canal, built to share the waters of Punjab with the state of Haryana. In 1982, the Satluj-Yamuna-Link Canal was proposed. The link would carry Punjab’s water to neighbouring states including Haryana.

However, SYL was welcomed with democratic protests from the people of Punjab as they were against any scheme taking their water away from them. Despite the protests, the construction of the Link began in the next few years. On 23 July, 1990, Balwinder Singh Jattana along with Jagtar Singh Panjola, Balbir Singh Fauji and Harmeet Singh Bhaowal reached the head office of the SYL project in Chandigarh Sector 26.

On 4 September, 1991, Police came to know about the whereabouts of Balwinder Singh Jattana. They had kept a Rs. 16 Lakh cash reward on Balwinder Singh’s head. In the afternoon of the same day, Balwinder Singh Jattana and Charanjeet Singh Channa were driving towards Sadhugarh village when they saw a police checkpoint. They ran into the nearby fields and were killed in an encounter with the Police. The Sikh Community views Balwinder Jattana as a major reason behind the SYL Canal Project being brought to a halt in those days. 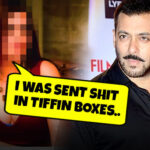