Punjabi music lovers are witnessing many new collaborations these days. Recently, we heard of Jordan Sandhu and Sweetaj Brar’s collaborative track, Munda Sardaran Da, which is set to be out soon. And now we have another exciting news as Prabh Gill freshly made an announcement of his upcoming song with Punjabi artist Sweetaj Brar which is named as ‘With You’. This will be the second collaborative track of both the artists after ‘Love You Oye’.

With You will be voiced by Prabh Gill and Sweetaj Brar. The lyrics for the same will be penned down by Maninder Kailey who had a recent hit ‘Jodaa’ by Afsana Khan. Kailey has previously collaborated with Prabh Gill with the songs like, ‘Pyar Tere Da Asar’, ‘Mainu Mangdi’, ‘Tareyan De Des’ and more. Music of With You will be given by Desi Routz and the video for it will be done by renowned directors of the industry, Tru Makers who just delivered ‘Moosa Jatt‘ film with Sidhu Moosewala.

This track will be released very soon on the official YouTube channel of Old Skool Music. Sweetaj last collaborated with Prabh Gill in the song Love You Oye but she just had her version as the singer in it. In the upcoming song, With You, we will see her as a female feature too. This former song was a big hit and enjoys over 130 Million views on YouTube

It will be very thrilling to watch the team again with this all new track. Let us now wait for the next update by the artists as no release date for With You has been revealed yet.

When Prabh Gill Was Surprised By Amrinder Gill’s Request 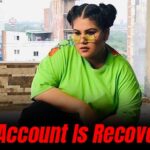