Bollywood actor Akshay Kumar has once again landed in trouble, and this time he is not alone but the government is also on the same radar. The Union Minister Nitin Gadkari recently released a government advertisement which promotes cars with 6 airbags to enhance chances of better road safety.

The video has garnered massive trolling and criticism which has also attracted bashing for Akshay Kumar, Union Minister Nitin Gadkari and the ruling Modi Government. Actually, the latest government ad seems to promote dowry in it. Though ‘dowry’ is nowhere mentioned in the ad, the video concept and content is giving a strong impression of the same.

The viral video shows a ‘Bidai scene’ of a girl where her father is seen emotional and shedding tears. To this, Akshay Kumar dressed in uniform of a police inspector comes and says, ‘Aisi gaadi mein beti ko bida karoge toh rona toh aayega hi na…”. The video goes on with a conversation between Akshay Kumar and the bride’s father about road safety and a better car with 6 airbags.

However, the video has not landed on a happy note on the internet. Netizens and various politicians are badly criticizing and bashing the video for various reasons. One of the most prominent reasons for the criticism of this government ad is its content promoting the dowry system. Have a look at some reactions and counter tweets by netizens;

Not only this, but the internet users are also angry to see the government putting the blame for road accidents on the general public. Netizens feel, in place of enhancing the road and highway qualities, insisting on buying expensive cars with 6 airbags is not a good idea. Have a look at some other criticizing tweets here;

The government nor Akshay Kumar have released any statement regarding the hot controversy. 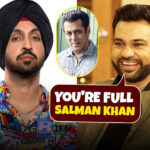 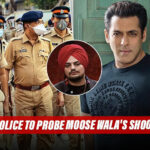