The album Bacthafu*up has been ruling the charts since its release in September. Karan Aujla is steadily unveiling the poster and videos of his audio released songs and making the audience excited for the same. Every week he is coming up with brand new music videos from his album. And now it is the time for the 6th music video release on 14 October after the 5 successful hits from the album.

The artist has so far has released Chu Gon Do, Click That B Kickin It, Here & There, Addi Sunni and It Ain’t Legal from BTFU. Rupan Bal, who has been a constant support to the artist in directing every video from the album, has directed Ask About Me’s video too. Tru Skool who has done prolific work in giving the album a folk touch has played his part as a music director for the song.

Revealing the poster of the forthcoming song, Karan Aujla revealed that the video of Ask About Me(Jad Marji, Jithe Marji) has been shot in Compton, a city in California. The team’s hard work and astounding dedication for the project is getting everybody on their toes. We witnessed some very amazing shots from the previously released videos and it can undoubtedly be said that Rupan Bal has done justice to the videos.

Watch Exclusive Pictures Of Karan Aujla’s All New House, Being Built At The Same Location Of The Old House

Karan Aujla, as always, has done an extraordinary job in writing & singing and in making the album a superhit. This album got a terrific response and made Karan Aujla as India’s biggest digital artist. The team is releasing the videos of the audio released songs every week and now it is the turn for Ask About Me’s video. The official video of Ask About Me will be released on 14 October, 2021 on the official youtube channel of Speed Records who has other formerly released videos from the album BTFU too. 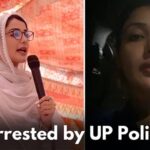