All the Diljit Dosanjh and Sonam Bajwa’s fans always cherish watching them share screen. The superhit duo has also worked together in various movies like Sardaar Ji, Super Singh, Honsla Rakh and more. And one film which they were seen together but not for too long was Shadaa.

The 2019 film Shadaa actually featured Diljit Dosanjh and Neeru Bajwa in the leading role, and Sonam Bajwa was seen in a guest appearance. The duo also shook legs on song Tommy. And the song, without any doubt, was a superhit.

But did you ever wonder that maybe the duo could have some more scenes together in the film? If yes, then your wish has just come true. We have got our hands on a special scene from Shadaa in which Diljit and Sonam are not only seen together but exchange some dialogues too. But unfortunately, this scene was deleted from the final cut of the film, hence no-one could get to watch it on the silver screens.

Also Read: Diljit Dosanjh Announces Documentary On His Life, Shot At His Village

But not to worry, as we have found it on the Instagram profile of Jagdeep Sidhu. The excellent writer and director loves to keep sharing behind the shoot moments, tales and stories with fans.

And in this post too, he shared the Diljit-Sonam scene from Shadaa. In it, Diljit is seen flirting with Sonam to woo her. And meanwhile he also sings a couple of lines from the ‘Tommy’ song for her. But Sonam breaks his heart by revealing that she is married.

The scene seems super fun and is making us wish it was a part of the film too. But we are sure, there would be some apt reasons that made the team to chop it off.

Anyway, the fans are more than happy to watch it on Jagdeep’s Instagram feed too. 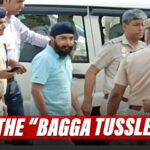 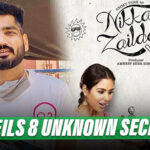